Data gathered by EU Federation for Factoring and Commercial Finance for European factoring market for IH 2022 has shown that there was a spectacular growth of factoring turnover, which exceeded 20% y/y. It is the highest half-year growth ever recorded.

According to information gathered from member countries – such big growth was possible due to: 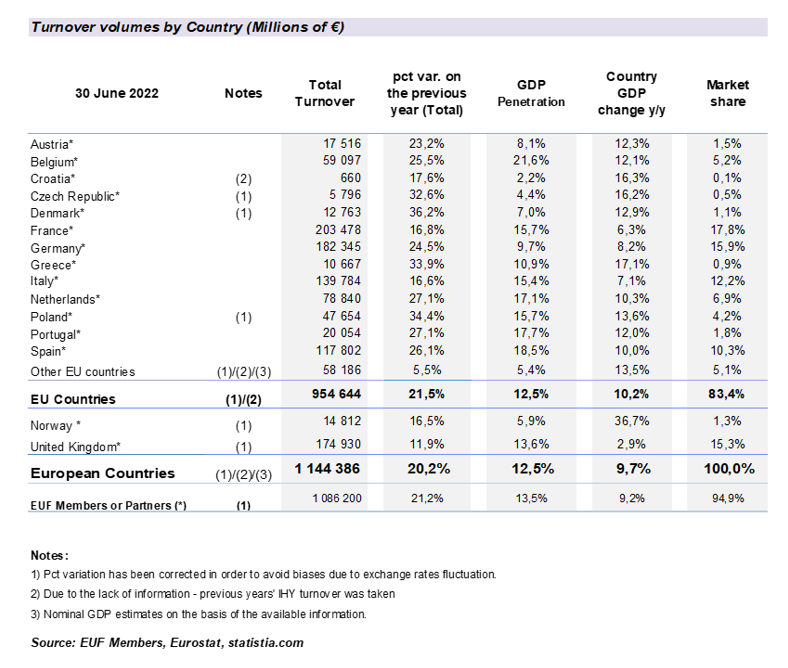 European factoring turnover graph shows that there is a strong and predictable relationship between its growth and GDP growth. The correlation between them is positive but factoring growth rates change more rapidly than GDP. 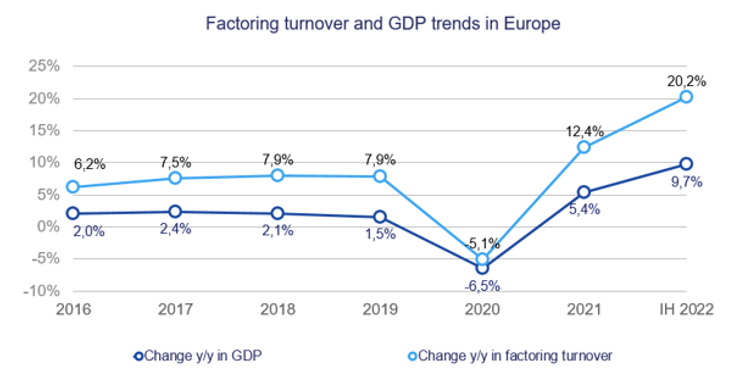 The trends differ between countries. In almost all countries, apart from Norway, the increase of factoring y/y was higher than county’s nominal GDP change. And there was one country where growth of factoring turnover was similar to country’s GDP – it was Croatia.

Mr. Fausto Galmarini, Chairman of the EUF, noted: “In the first half of 2022 the European factoring market reported an exceptional growth compared to the same period of the previous year and the global turn over exceeded the amount reached before the emergency for Covid-19 pandemic. The European market is the most developed all over the world and represents more than 66% of the global volumes.  Factoring industry is maintaining its key role in supporting the real economy, especially the SMEs that are suffering for the economic trend and the higher costs for inflation, as shown by the number of clients (more than 265.000 businesses) and the amount of advances (274 billion euro – end of December 2021). It has an utmost importance in helping the economic recovery, the employment stabilization and the wealth creation in Europe.”