European Factoring Industry shows an increase in first half 2021 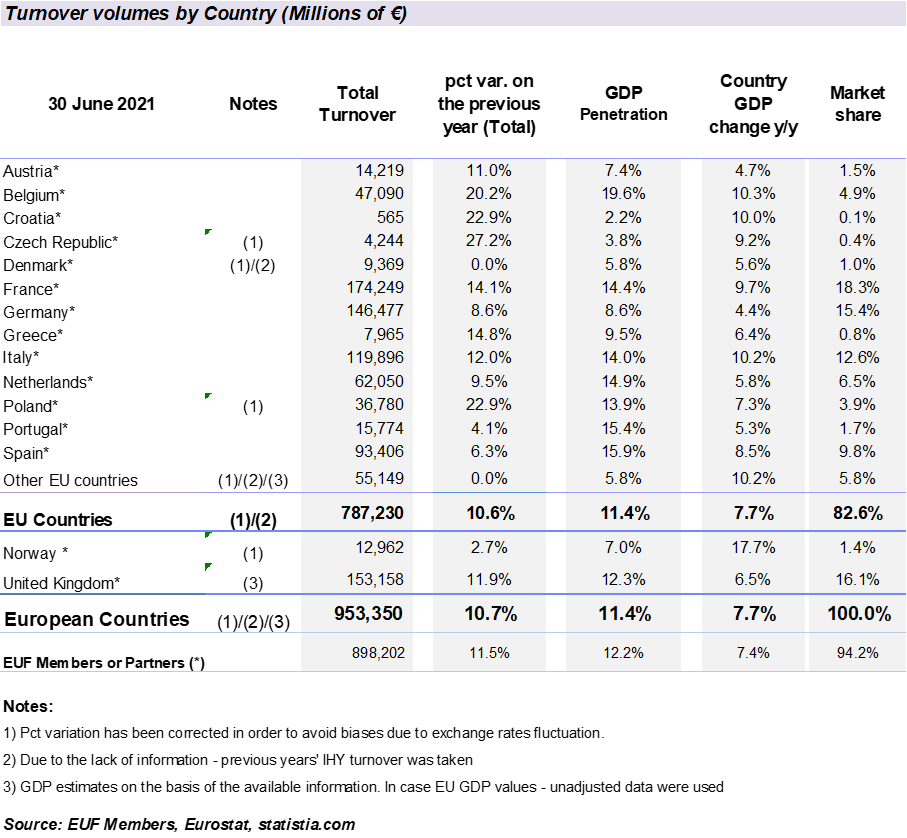 The increase in factoring turnover was higher than GDP yearly change of 7.7%. But factoring remains clearly connected to the GDP in Europe. The European factoring, that represents 2/3 of the world market, amounts to 11% of the EU GDP. 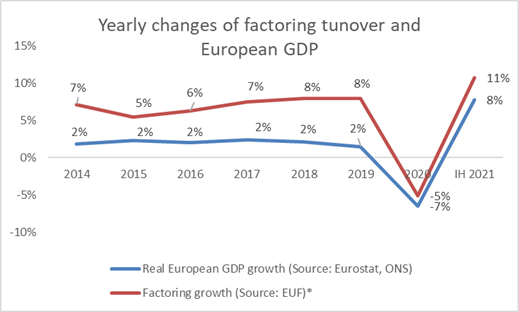 The trends differ between countries. In almost all countries the increase of factoring y/y is higher than country’s GDP change. Only in Spain, Portugal and Norway the GDP had higher yearly increase than factoring turnover.
Mrs Françoise Palle-Guillabert, Chairman of the EUF, noted: " Whole European factoring market responded positively to economic trends in the first half of 2021. After a one year of drop due to the international Covid-19 pandemic, it again recorded an increase. More than ever, the factoring industry, that finances 260,000 businesses in EU mostly SMEs, has a key role to play in supporting economic recovery, employment and wealth creation in Europe”.